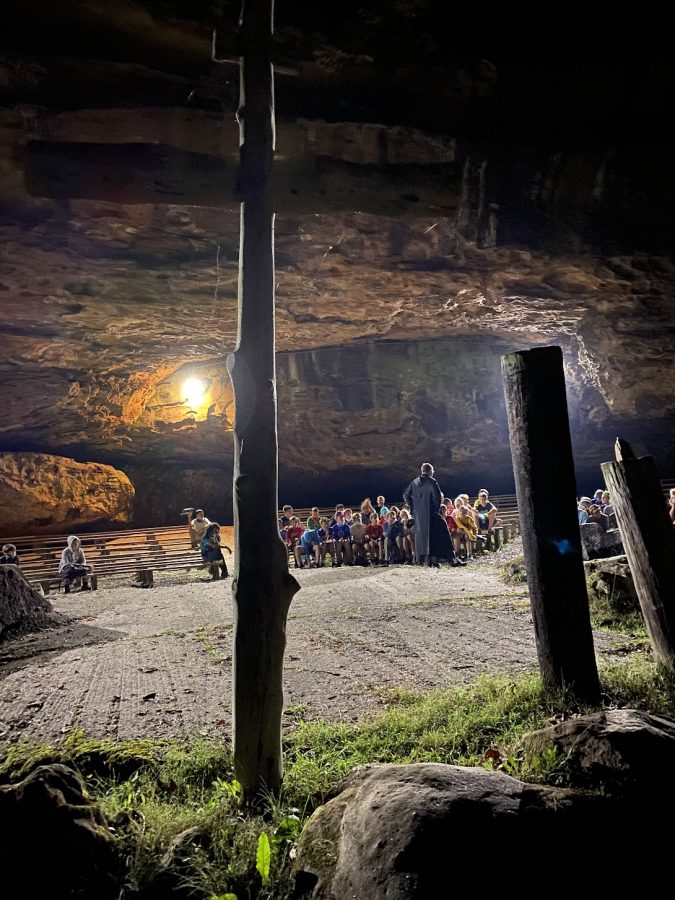 Another great thing about Camp Ondessonk is how close you get to be with your friends and nature. My cabin was on the edge of a pond which was very nice. We did a very cool hike that went into a cave behind a waterfall. Additionally, we got to see bats, climb big rocks, and in the end there was a great view. Another thing that I really liked is we got to walk through a very tight area that was formed by a huge rock hitting another surface at a really tight angle. You had so little climbing room in the space that you couldn’t even face forward. The next positive thing was how close I got with God while I was there. We would go to mass every day and have chapel four times a day, which would give you plenty of time to get closer to God and grow in your faith.

A few things that I think that they can work on for next year is how much food you get. Although the food was very tasty, you did only get set servings for your table, which would be fine, but as we are growing teenagers we were just still hungry. Having snacks also comes into play with what I previously said. I would have liked to go through the longer narrows like they have done in the past, but unfortunately I heard that somebody got stuck in them and had to be professionally rescued, which is why we were not able to do it. The last thing that I think they can work on is having more time to spend with friends. Camp Ondessonk is about growing your love for everything around you, which means bonding activities and hikes. But you don’t necessarily have “free time” to do things like gaga-ball and just relax while talking with friends. Overall, I had a great time at Camp Ondessonk and I hope that everyone feels the same way.