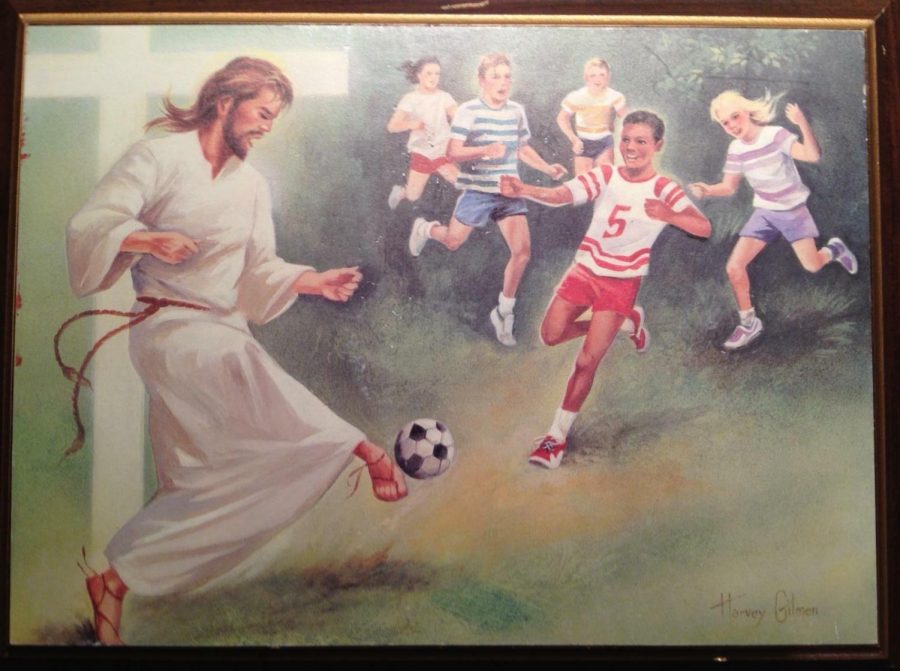 I would like to make a minor addendum to Ryan Lally’s excellent article on the sports requirement. I agree with all that he said but would take it one small step further. Ryan talks about learning virtues through athletics. This is good and true, but more fundamental is practicing the virtues. It is easy to make a list of virtues that you would like to acquire or that Priory would like our students to have before they leave here, but as Aristotle points out in the Nicomachean Ethics, to become virtuous you must practice the virtues. This is also what Jesus preaches over and again in the Gospels: be the “good Samaritan,” give someone your tunic, and lay down your life for another. It is our actions that define who we are. This is what I think is the most important part of the sports requirement. (It is the second reason I coach.) It gives young men many opportunities, opportunities that are difficult to find elsewhere in our leisure-filled society, to practice the virtues and in the process become virtuous. Preeminent among the virtues young men can practice in sports are courage and charity is the sense of loving others as yourself.

Let me give you three quick examples of a young man confronting an opportunity to be virtuous and succeeding magnificently. I witnessed these a few years ago coaching John Forshaw in basketball. In one of the biggest wins in recent Priory basketball history, John, a small sophomore at the time, set a great screen on a 6’9” Division I recruit. The winning basket was scored seconds later to beat Parkway West to advance to the District Championship game because John set a great screen. Against Sikeston a couple of years later, and another Division I recruit, John was the only defender between Fred Thatch and a thunderous dunk. Thatch was about to make his last move before blowing by John for the dunk when John put his body directly in front of him, risking great physical pain and humiliation, and at the perfect moment stole the ball from him. It was only a few seconds of a 32-minute game, but it was a great victory in itself. The last anecdote came in the last seconds of a close game against St. Dominic. We scored with about five seconds left and were down one point. In the next instant, John stole the inbound-pass and simultaneously spun around to make a 10-foot shot to win the game at the buzzer. In all three examples John demonstrated tremendous courage and willingness to suffer physical and emotional pain for the team. John is not remembered as one of the greats of Priory basketball. He does not have his name on the gym wall nor does he have a ball in the trophy case with his name on it. On the other hand, John earned and deserved his playing time on the team, and more importantly, the respect of all who saw him play because he was courageous and selfless. I will remember him for years to come. He had acquired those virtues. The sports requirement provides those opportunities to all the boys of Priory. Priory graduates will be virtuous following the plan laid out by Aristotle and Jesus because of what happens daily in sports practices and competitions.