What’s Going On with North Korea? 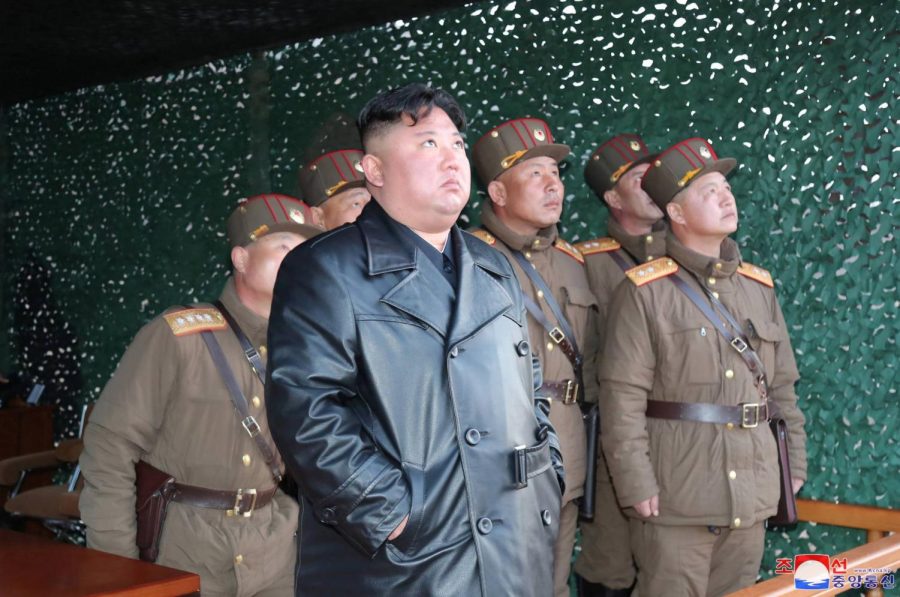 The news of the past year has pretty much been the same stories over and over again. It’s been either something COVID-related, racism-related, or Middle-East-related. Only just recently has this desensitizing cycle of tragedy been broken. North Korea is making headlines for the first time in a while. Rocket Man has been doing what he does best: launching missiles and living high on the backs of the starving people. Launching two short-range ballistic missiles into the Sea of Japan, this was the Democratic People’s Republic of Korea’s first major show of force in over a year and its first significant provocation against the US under President Biden. This ballistic missile test is a clear violation of UN sanctions and of Trump and Kim Jong-Un’s agreement at their 2018 Singapore meeting that the DPRK would not test any more ballistic missiles or nuclear weapons. In a year where the world has been preoccupied with themselves, what has happened to North Korea?

Little is known regarding the pandemic in North Korea. The nation has spent more than a year in near-complete isolation, even from their closest allies. They have cut off most of their trade with China, their biggest trading partner, in an attempt to limit the transmission of COVID-19, and their economy is thought to be in a dire state. What little business went on in the country pre-pandemic has likely been limited or shut down entirely. There are no confirmed cases of COVID-19 in North Korea, but that’s to be trusted about as well as gas station sushi. With nearly 60% of the population living below the poverty line, it’s almost certain that some outbreaks have occurred across the nation. Their healthcare system, if you can call it that, was woefully incompetent to begin with, and is nowhere near capable of supporting such an influx of sick people. Once the virus progresses far enough, there isn’t really a great way to treat the infected person: all you can do is keep the infected person rested, hydrated, and breathing. The first two are simple enough, but there isn’t much you can do for someone who can’t breathe on their own without a ventilator, which I’m sure very few North Korean hospitals have access to. Once the lungs begin to fill with fluid, it’s too late for conventional means of treatment. With how contagious COVID-19 is, those caring for the infected are at extreme risk of infection and, with how poor North Korea is, the disease would spread like wildfire throughout communities. We’ve seen how terribly COVID-19 has affected even developed nations like ours: do you really expect North Korea to have been able to stave off infection for this long? Beyond the pandemic, North Korea was hit with another wave of sanctions this past summer as well as devastating floods that destroyed thousands of homes and an estimated 100,000 acres of crops. Though there is evidence that North Korea has been carrying out large-scale smuggling operations off the coast of China, importing oil and selling coal and sand, it’s unlikely that this has been enough to keep their economy stable.

Nevertheless, it seems their economy is strong enough to be testing missiles. Whether their intention was to grab the US’ attention or not, grab our attention they did. It’s almost like Kim is just trying to push President Biden little by little to see how far he can go. He couldn’t do that with Trump in office: whether you like him or not, he certainly was unpredictable. Kim’s like a cat, pushing a glass closer and closer to the edge of a table and waiting for it to fall and shatter. Biden is trying to make it seem like he’s addressing the situation, but it’s clear that dealing with Kim and his antics is not on the top of his to-do list.

“We’re consulting with our allies and partners,” Biden said at the first news conference of his presidency on Thursday. “And there will be responses if they [North Korea] choose to escalate. We will respond accordingly. But I’m also prepared for some form of diplomacy, but it has to be conditioned upon the end result of denuclearization.” The DPRK labeled Biden’s approach a “cheap trick”, warning the US against “creating a stink” on the Korean peninsula, and saying that they will not talk until the US abandons its “hostile” policy. I think Kim is aware that his country isn’t at the forefront of Biden’s mind, and he wants to change that. He wants to be noticed. This is nothing new for him: he did something very similar shortly after Trump’s election in 2016. He wants Biden and all of America to know that they haven’t gone away and don’t plan on doing so anytime soon. But North Korea does need to talk. As I said, a combination of COVID-19, sanctions, and flooding has left the country’s economy in a dire state and caused widespread food shortages.

But not everyone agrees that this latest missile launch was just a cry for attention. Markus Garlauskas, who until last year was the US national intelligence officer for North Korea, sees this as a sign of North Korea’s clear determination to continue advancing its ballistic missile programs. “If these go unchecked by the international community,” he says, “this is likely going to lead to launches of bigger and more capable systems, including those capable of carrying multiple nuclear warheads.” If North Korea is in a position to be launching rockets in the midst of crippling sanctions, historic flooding, and a global pandemic, they clearly have something in mind. They clearly have a message they want to send. Otherwise, they would be focusing on the homefront and trying to brave this deadly combination of sufferings.

But all we can do is speculate. Say what you will, but Kim definitely is the master of having several aces up his sleeve. At the end of the day, we always end up surprised whenever he does anything. As for me, I can see this launch fading into obscurity as the world slowly rebounds from the pandemic. Only time will tell how North Korea interacts with Biden over his presidency. I don’t know what Kim has to prove, but I think this launch was just the DPRK’s little reminder that they’re still going to be a threat for at least the foreseeable future.