The Call That Meant Everything…Well, Not for Us 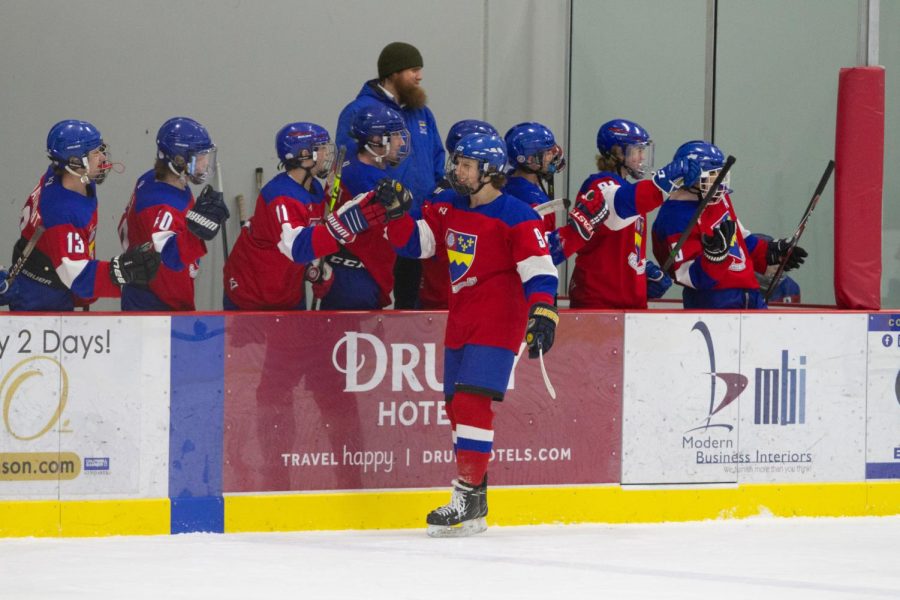 Around the halls, you may have heard of a strange predicament regarding Priory’s hockey team.  It involves a strange sequence of events, one likely unprecedented in Priory hockey history.  But the purpose of this article is to shed some light on the strange situation.

On Feb. 1, Priory hockey had its second playoff game, this one against John Burroughs.  Much of the way through a game riddled with penalties and questionable officiating, Priory was dealt a double-minor (four minute) penalty in the third period.  Shortly thereafter, Priory was assessed a minor (two minute) tripping penalty, awarding the Bombers a long five-on-three advantage.  After holding them off a while, Priory could not resist the sustained pressure, and gave up a goal, cutting Priory’s lead to 2-1.  Here is where things became interesting.

When a double-minor penalty is assessed, the penalty is divided into two, two minute sections.  Thus, if the opposing team scores on the powerplay before two minutes of the double-minor have expired, the penalty’s time is reduced to two minutes, and the opposing team’s powerplay is given two more minutes to operate.  This is in contrast to a minor penalty, in which a powerplay-goal eliminates the penalty, and the penalized player is released.  Priory, however, had both.  While the player serving the minor penalty had less time on his penalty, the player serving the double-minor was sent to the box first.  So, this unique situation presents an interesting question: Are penalties released in the order in which they were committed, or by order of how much time each has left?  Typically, those two are one in the same, but not this time.  I could not find a definitive answer to this question online, in either Midstates’ rule-book, or USA Hockey’s rule-book.  I just wish there were some system in place to resolve these issues!  Oh, that’s right.  Midstates assigns a “Rules Official” to attend each playoff game in the event of a dispute such as this one.  This means that there were multiple referees who could have kept Priory at a 5-on-3 disadvantage, as well as a Rules Official, whose job it is to provide clarity in these situations.  There is even a Rules-Hotline to call during playoff hockey.  John Burroughs did not utilize any of these methods of challenging an officiating decision.  So, Priory killed off John Burroughs’ 2:14 5-on-4 advantage before a Charlie Walker goal gave Priory another two-goal lead.  But, after losing, Burroughs appealed.

Once again, there is precedent for this!  According to the Midstates Playoff Rulebook: “There will be no protests” (Section E, Article 1).  Midstates, however, disobeyed their own rules.  While there was a slight procedural error committed by the referee, the rule-book clearly has a plan in place for events like these, and what Burroughs did (with the league’s cooperation) was not part of it.  The league ordered that Priory be forced to replay the last 6:16 minutes of the John Burroughs game…  on an icy night…  in deep South County… the day before the quarterfinals.  As the rest of the tournament eagerly awaited the result of the replay-game, and subsequently the answer of whom they would play in the next round, Priory took care of business.

The team killed off the long 5-on-3, and a smaller 5-on-4, before a Nick Marcrander goal widened the lead to two goals, mere seconds after the last penalty expired.  As a result of the replay, John Burroughs was eliminated from the tournament, as they would have been without it.  Priory did not need to win the game to advance, and would have played a lower seed in the quarterfinals by forfeiting the game, but the team’s performance and willingness to solidify the victory was a true testament to the competitive spirit which helped foster much success throughout the season.