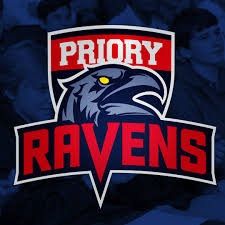 I’ve never given much thought to the raven, and often when I think I see a raven it is probably a crow. Since the school traded in its nickname as the Rebels for the Ravens, I keep on seeing ravens everywhere – though not the literal kind.

Trying to find a sketchpad the other day, I dug up one I’d not used in a decade. It was a pad of black paper. The brand? Daler-Rowney RAVEN.

Teaching Beowulf to the seventh graders, I noticed a word that passed me by last year, though surely I read it. The word RAVEN apparently can be used as a verb. As a verb, “to raven” means to “to prowl for food” or “to feed greedily.” Now, perhaps someone could craft that into a chant for a sports team… The use of the word was a surprise to me but it probably shouldn’t have been, given the more familiar word “ravenous” is an adjective that means, of course, feeling extreme hunger.

And in the news over Christmas, there was a story from Britain where the Tower of London (essentially a prison for housing enemies of the royal family) had lost one of the six RAVENS that guard it. Merlina the raven was unaccountably missing, and later presumed to be dead. Why does that matter? Well, according to a tradition that dates back to the time of Charles II, in the 1600s, if the Tower of London’s ravens are lost or fly away, and there are fewer than six, “the Crown will fall and Britain with it.” As a result, the tower has a “ravenmaster” whose task it is to ensure the tower’s six ravens are cared for and well-fed. The ravenmaster, a royal appointment, also clips the ravens’ wings to stop them from flying away. The tower – now a tourist attraction rather than an actual prison – has the foresight to have some extra ravens just in case.

But Merlina’s disappearance and the potential catastrophe that might follow suited the national mood and led to much anxious speculation about what a fallen kingdom would look like. How exactly would you know in a country that is headed by a frail queen in her 90s,  plagued by COVID-19 and a deep recession, and is on the verge of a possibly ruinous withdrawal from the European Union?

So I’ve gotten pretty good recently at spotting references to ravens in everyday life, but I’m not certain if I saw a real raven I would be able to tell the difference between it and a crow.