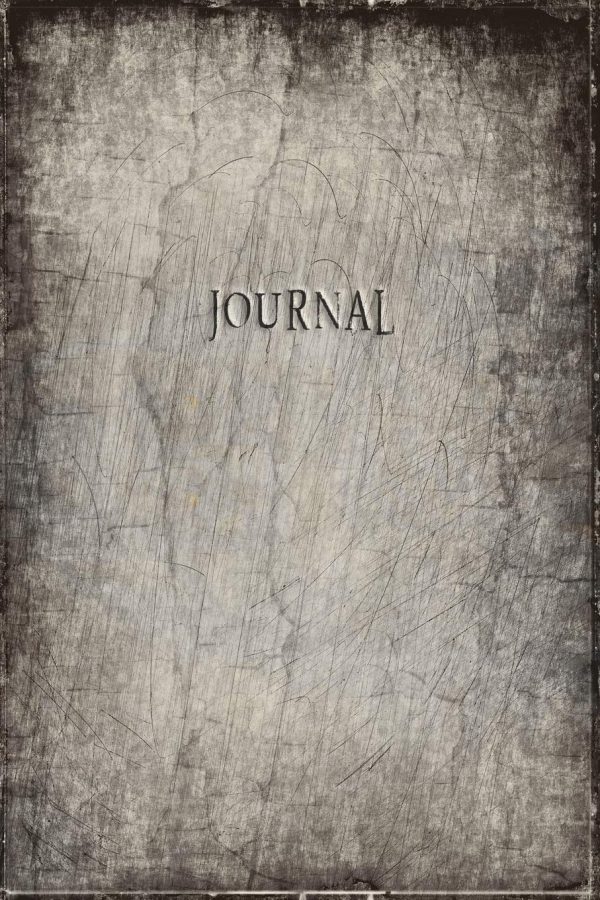 The closet was silent and still. Not one of them dared to breathe. The air was heavy with a tangible darkness. “GruUuU,” the creature let out another of its horrid growls. Its footsteps fell heavy and shook the wooden floor. A brief moment of silence. Another grunt. The floor shook as the creature stumbled past the closet and into the house. As the creature continued moving into the house, its grunts became fainter and the floor ceased to tremble.

“We gotta get out of here,” Arthur said and cracked the closet door open just so he could see out. “It’s gone.”

Arthur slowly pushed the closet door fully open and stepped out into the entryway. Sylvester and Mr. Bell crept out after him. Arthur turned towards the door of the house.

“Wait,” Mr. Bell said. “We should search the house. Perhaps there is a telephone with which we could signal for help, or something else. This house is the most likely place to find means of escaping this island.”

“That’s a good idea,” Sylvester responded. “If we go back to the beach that thing will just find us again.”

“All right,” Arthur said. “I’ll go left through the parlor there and you both go downstairs.”

Syl and Mr. Bell headed to the right of the entryway where a narrow staircase with a missing door led downwards. Arthur proceeded left through a parlor adorned with bright pink wallpaper and golden chandeliers. He stepped out of the parlor and into a room which must have been the kitchen, though it appeared unused and all of the cabinets were broken. Arthur noticed a stairway to his left leading upwards. He approached the stairway and peeked around the corner to see where it went. The lights in the stairway were on and it appeared to let out to a hallway. Arthur drew in a long and shaky breath. He gently set his foot on the first step. A slight creak in the wood split through the thick silence of the house. Arthur held his breath and continued up the stairs.

At the top Arthur peeked around the corner. A room at the end of the hall was emitting a blue glow. Arthur crept out and into the hallway. As he drew closer to the room at the end of the hall he heard more of the creature’s hoarse grunts. His breath quickened and his body trembled. He was now quite near to the room and was creeping along the left side of the hallway where the creature could not see him due to the angle of the doorframe. Arthur looked across the room and saw a window that looked from the blue room into another room on the other side of the hall.

Arthur drew in a long breath and began to tiptoe his way across the hall. He reached the right side of the hallway and saw the door to one of the rooms was already open. He quietly slipped through the door. He was in a bedroom. In the center of the bedroom was a small bed covered in bright blue sheets. The bed was perfectly made and looked as if no one had slept in it for quite some time. Arthur passed through the bedroom to a door on the other side of the room. He opened the door and saw the blue light filtering in through the window. He tiptoed over to the window and peered through.

On the other side of the window, the beast was sitting in front of a panel made of boards of light. On these panels were videos of the island and screens with various buttons. The creature hit a few of these buttons and on one of the panels the words “Access Code,” popped up. The creature hit a few numbers which appeared on the screen, “14572” Arthur remembered. The words “Welcome Mr. Kearney.” After a second these words went away and were replaced by an image of a large metal object. Attached to this object were an abundance of clear tubes. The creature turned to another screen and hit a few of the buttons. A strange blue liquid began to flow from the metal object and through the tubes. The creature hit another button and all of the screens went dark. The creature got up and slowly stumbled out of the room. Arthur ducked under the window and went silent as he heard the creature pass through the hallway. After it seemed safe to go out, Arthur went back through the bedroom and into the hallway. Checking to make sure he was clear, Arthur headed down the hallway to the blue room.

The door was unlocked. Arthur entered the room and made his way over to the panel of screens. Arthur keyed in the number which he had seen the creature put in earlier: 14572. On the screen appeared the videos of the island once again. Arthur looked at the videos.

“Wait, what is that?” he asked himself.

In one of the videos, it appeared that the plants had veins. The blue liquid which Arthur had seen earlier was flowing throughout a tree like blood. He looked at the other screens; all of the plants had the strange blue liquid flowing throughout them. Arthur switched screens and looked at the videos of the house. On one of the screens, he saw Syl and Mr. Bell running back through the entrance of the house and towards the kitchen where he had been earlier. Arthur quickly got up and went to the door. As he left the room Arthur saw a small leather book on a dresser to his left. He quickly grabbed the book and rushed out of the room.

As Arthur rushed through the hallway Syl and Mr. Bell emerged from the stairway he had taken before. They were both out of breath. Arthur rushed up to them:

“What did you find?” he asked.

They heard the creature’s stumbling footsteps hurrying across the floor downstairs.

“That’s right downstairs,” Sylvester said. “We need to hide. Quick, down the hall.”

They bolted down the hallway the opposite way Arthur had gone until they saw another upwards staircase to their left.

They flew up the staircase into a single room with no exits.

“Quickly, here!” Syl beckoned, “Up to the attic, help me pull the ladder down.”

Arthur rushed over to help Sylvester. More stomps resounded in the hallway down below. With a coordinated tug, the ladder crashed down to the floor.

They rushed up the ladder and into the attic.

They pulled the ladder back up into the ceiling. They all were silent, the attic was musty and it was clear that no one had been up there for quite some time. Arthur began to stir uncomfortably. They heard the creature’s heavy and clumsy footsteps falling on the stairs up. Arthur went still. Arthur noticed a vent in the ceiling. Quietly as he could, he crawled over and peered down into the room.

The creature ascended the stairs and stepped into the room. The creature made its way across the room but seemed to be moving slower than usual. The beast was walking towards a chair at the far end. It seemed as if it was limping and moved slowly, as if tired. Finally, the creature reached the other end of the room and sat in the chair. Once in the chair, the creature grabbed a wire which hung from the ceiling and attached the wire to itself. Immediately, the same blue liquid as before began to flow down from the tube. The creature then attached another tube on the opposite side and the blue liquid began to flow there as well. The creature then reclined in its chair and ceased to move. It seemed like it was asleep.

“What is it doing?” whispered Mr. Bell, who had been watching the scene as well.

“I don’t know, but maybe this is our chance to get out of this house,” Arthur suggested.

“Over here guys,” Sylvester beckoned to them from the other side of the attic where he had managed to open a window.

“Here,” he said, “we can jump down onto that balcony and then back down to the ground.”

Arthur and Syl both assisted in lowering Mr. Bell to the ground before following suit themselves. From there they jumped down onto the ground.

“Let’s get back to the beach,” Arthur suggested.

They ran from the house and into the jungle once more. The plants all about them moved now and lashed out at them as they passed by. Arthur tripped and was grabbed by a moving vine.

Quickly Sylvester rushed out to him and helped pull him away, stabbing at the vine with his knife. They continued their sprint until they had reached the beach where they all fell over, out of breath. After a few full minutes of lying on the ground, Sylvester got up.

“It’s about dark, we’ll need to alternate lookouts I guess. Can’t have a fire either, or that… thing will see us,” he said.

They found an outcropping of rocks on the beach which they could hide behind.

“We’ll need to get to that room, the one that me and dad found if we want to ever get off this island!” Sylvester pointed out.

There was a pause and none of them said anything.

Before the light had fully faded as they lay down to sleep Arthur opened the book which he had taken from the house.

THE JOURNAL OF DR. MARTIN DREDEN, the title read. Arthur began to read: