An Abridged Argument for Electoral Reform 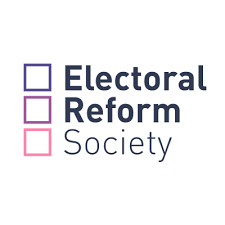 A Problem and a Proposal

It’s no secret that Americans are far more than just dissatisfied with the United States Congress. It has become part of our social and political culture that we simply assume that our greatest legislative body has lost interest in governing for the sake of the people, and that its 535 voting members will only devolve into partisan bickering for the Congressional term. And according to the latest polling averages (as of Oct. 26 this year) compiled by RealClearPolitics, 73% of Americans are disapproving of Congress, while only 17% approve of their job.

But I hold out hope that the government can be better. Around the world, other ‘democratic’ countries have experimented with different means (voting systems) of electing their representatives. Perhaps if we look across the seas (or even our own borders) and take the chance to learn from the rest of the world, we can apply the best elements of their systems to our own and build back a better America.

An Introduction to the American Voting System

First, it’s important to understand the basics of how Congress members are elected in the United States and the plethora of problems that have resulted. In the House of Representatives, the 435 voting members are elected in single-member districts every two years. In almost all cases, the candidate with the most votes (not necessarily a majority, or even close to it) wins the district’s seat in Congress. The same goes for the election of our 100 Senators, but the districts are expanded to include entire states and are elected every six years.

This system of plurality rule has left the United States the victim of Duverger’s Law. It is the root of our two-party system, and the reason why so many voters feel they’re choosing the least-worst option when marking their ballot. Duverger’s Law is the result of something called ‘vote-splitting.’ In plurality systems, when two like-minded candidates face off against an opposing candidate, the opposing candidate wins even if the combined total for the ideologically similar candidates is far higher. This fact discourages third-party runs, and always inevitably results in two major parties.

The election of 1912 is a textbook example of this phenomenon; although Theodore Roosevelt’s run as a candidate of the Progressive Party managed to make him the most successful ‘third-party’ candidate in history, his division of the Republicans into two halves left Wilson with a plurality-and thus, Wilson won. He claimed his victory with just 41.8% of the popular vote. He had the most, yes, but if the similar Progressives and Republicans had never split, they would have taken 50.6% of the vote and an equally righteous victory.

A surefire way to combat plurality rule is to institute a voting system that requires a candidate to receive an absolute majority (>50%) of the total votes in order to win, usually through multiple rounds or a mathematical process and ranked ballots.

For a great example of the former sort of system, one only needs to look across the Atlantic to the birthplace of the Statue of Liberty: France! Elections to its National Assembly (its version of the House of Representatives) are divided into two rounds. In the first round, the election takes place as it does here in the United States: one member is elected per district if they win the most votes in the election. However, there’s a caveat: if no candidate takes a majority vote in the first round, the two candidates with the most votes face off a week later in a second round.

This system has had widely positive effects for France. It gives the French electorate the opportunity to choose their true preferred candidate between the two and not have to worry about splitting the vote-in the first round. In this system, you can always vote for your most favourite candidate in the first round without needing to consider voting for the least-worst candidate in order to stop a worse competitor from winning. Because of this system, the deputies of the National Assembly are divided into a wide variety of different political parties, ten of which have more than 1% of the total members.

Down under in Australia, their own House is as a whole elected by instant-runoff voting. Instead of having a second day to vote, voters instead rank the candidate on their ballot in order of preference; a “1” placed to their most favourite, a “2” next to their second most favourite, and so on. When the results are tabulated, a vote will first go to the candidate with a “1” next to their name, the voter’s first preference. If no candidate wins a majority of the votes on the first count, the candidate with the fewest votes is eliminated. When a candidate is eliminated, the votes for that candidate are shifted to the next most-preferred candidate marked on the ballot. This process of counting, eliminating, and redistributing repeats until one candidate has received a majority.

The end result of this process is that each candidate is guaranteed to be (at the very least) acceptable to a majority of the electorate, and again attacks at the issue of vote-splitting. When we look at the partisan composition of Australia’s House of Representatives, the legislature is still dominated by two major political parties (the broadly centre-left Labor and the broadly centre-right Liberals), but others such as the National and Green parties have their own voice in the room as well.

There are other options for reforming our elections besides systems that require a majority to win, however. These are most usually systems of “proportional representation,” where voters choose a favourite political party instead of a single candidate, and the outcome is, as the name implies, proportional to their collective preferences to some degree.

The simplest of these systems, used across the world in places such as Sweden, Spain, Poland, Brazil, and Indonesia, is party-list proportional representation. It’s astonishingly simple: wanton electors pick their favourite political party from a list provided on their ballot, and the total number of votes for each party-rather than each candidate-are tallied. Subsequently, the seats in the legislature are allotted proportionately to the parties according to their share of the vote, and the parties fill those seats with candidates from their party list (a list of candidates approved by the party’s voters before the election.) The simplified final result of this system is that if a party receives 10% of the votes in an election, it then receives ~10% of the total number of seats.

The consequences of having a proportional system rather than a single-member district based one are numerous. For one, it entirely circumvents Duverger’s Law and the spoiler effect by throwing out the very idea of a traditional “race” with only one winner. This allows for greater partisan diversity in the legislature and stronger influence of ideological minority interests in the drafting of legislation than exists in the United States today. In addition, it strongly dissuades much of any restrictive two-party dialogue, as there are vanishingly few cases of only two parties being relevant players in the political process.

In the mystical lands of New Zealand, Scotland, and Germany, however, a system exists to ensure both local interests and proportionality: mixed-member proportional representation. It may seem complicated at the outset, but all it means is that a portion of the seats in a legislature are elected from districts while another portion are elected by the party-list method and filled to ensure that the result is still proportional. This means that if a party were to receive 10% of the party vote but win no district-based seats, they are given enough of the list seats that they have 10% of the total.

In looking at both the problems the political system of the United States currently faces (and indeed is likely to continue to endure with a complete lack of significant change) in addition to the multitude of merits of that these alternative voting systems are likely to provide, I fail to see how one could sufficiently construct an argument for conserving our current voting system. Of course it would be foolhardy to assume that a change of system would in fact fix each and every one of the problems, but if struggling on behalf of the movement to reform and make better America’s politics has even the slightest chance of being successful, why not give it a try?